THE EMPLOYEES WHO MAKE A DIFFERENCE

Every day, the employees at EDAG aeromotive pursue their passion and live the values of the company. Find out more about our team members.

THE EMPLOYEES WHO MAKE A DIFFERENCE

Every day, the employees at EDAG aeromotive pursue their passion and live the values of the company. Find out more about our team members.

As a man of the first hour, CEO Ralf Rudolf has headed the company since 2011, and, employing the valuable experience he has gained in various positions in the aviation industry at home and abroad, is constantly further developing EDAG aeromotive. He is privately involved in various associations in the aviation industry. This shows that EDAG aeromotive is the perfect employer for him to pursue his passion – aviation.

The perfect organization of our CEO has a name: Tatjana Schmelzer. Since 2018, the assistant has been working in the background, structuring the work processes and parallel to this supporting the team in project administration. At EDAG aeromotive, the state-certified economist is able to create a very good balance between her professional and private life: as the mother of a daughter, she enjoys spending time with her family outdoors, skiing or traveling.

In his position of Key Account Manager, Andreas Raifegerst has since 2012 been discovering far-reaching added values for our customers, resulting from the synergies of the aerospace and automotive industries. The state-certified technician brings many years of experience in national and international aviation projects (some with the German Federal Armed Forces) to the development of the company and, in his role as team leader, to the field of engineering services.

As a recruiter, Nadja Hugger plays a decisive role in ensuring that the technical experts we have in our ranks at EDAG aeromotive are more than just very experienced. She makes certain that potential candidates also fit in with our corporate culture. With her helpful nature, she supports any colleagues who come to her with matters of importance or concern. When Nadja is not taking care of her colleagues, she likes to cook, and draws inspiration for this from her extensive travels.

From a very early age, aerospace has always been a central topic for Franziska Gogel, as her father teaches aircraft mechanics at a technical college. It is therefore not surprising that Franziska, an economics graduate, also gathered her first professional experience in this industry. Since 2014, she has been applying this experience in her work as an assistant at EDAG aeromotive. As a mom with heart and soul, Franziska spends her free time with the family. To recharge her batteries, she enjoys travelling with family or friends.

The father of two children is a seasoned systems engineer for test support systems at EDAG aeromotive in Ingolstadt. At Airbus in Manching, he takes care of test procedures and the harmonisation of test support systems for large flight systems such as the Tornado, Eurofighter, A400M and FCAS. Flying was always his dream. Learn more

Anh was 14 when she came to Germany from Vietnam. She first applied herself to learning the language, then, full of curiosity, launched herself into life: “I have always enjoyed bringing creativity and technology together in a fun way“ and the fact that the tasks and challenges of her working day are extremely varied suits her perfectly. These range from the development of interactive prototypes for desktop applications and information and control tools for pilots through to virtual reality. Learn more

Patience and persistence are qualities that Bastian has demonstrated throughout his career. For twelve years, he served as a regular soldier in the German Armed Forces. When, after leaving the armed forces, he went on to study applied computer science, he would probably have driven a career counsellor to despair. Because he wanted to do everything – preferably all at once. Software developer, game developer, game designer, web developer, sound designer, graphic designer, concept developer, model maker, photographer. In the VR and AR sector, all of this seemed to come together perfectly. He is currently working in the EDAG aeromotive team on the development for Airbus of an augmented reality and large screen solution for pilots. Learn more

The EDAG Group website contains further comments from our colleagues and shows what makes us special within the EDAG Group. 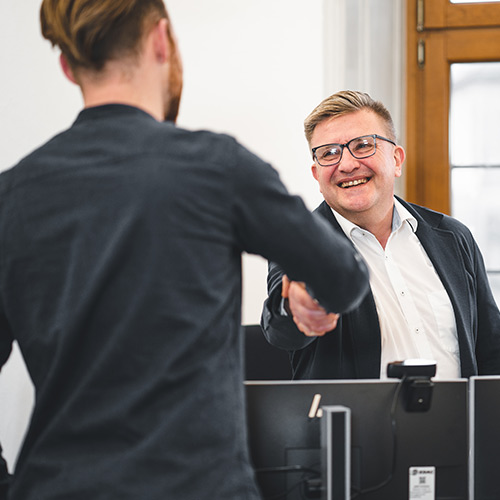 Become part of our team 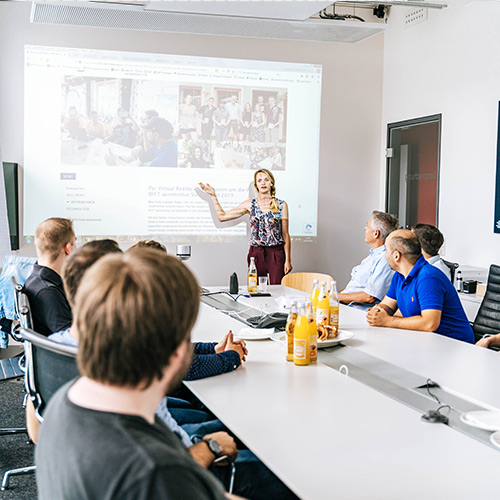 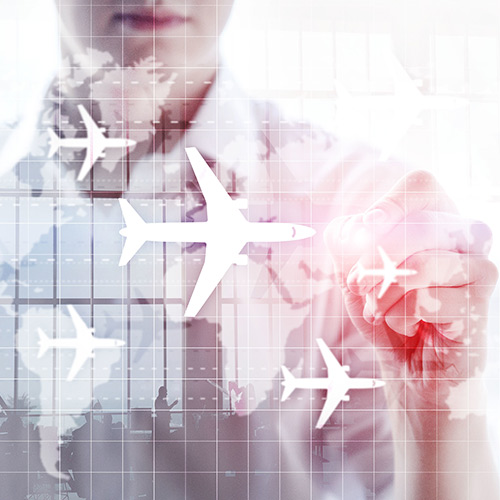 What we offer you